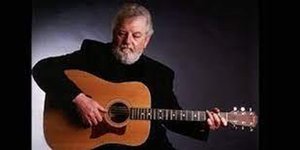 Dave, from Barnsley, is an iconic English folk singer and guitarist. He has been performing in English folk clubs since 1968 and has been described by The Guardian as having a "uniquely relaxed singing style".

In 1976 Burland joined the brilliant folk group Hedgehog Pie, which disbanded in 1978. He re-formed the group in 2010, with Mick Doonan and Jed Grimes.

Dave is a household name on the folk scene & only does the occasional gig these days, so this is a rare opportunity to see this legendary performer.

Tickets are £9.00 and are available from eventbrite or on the door subject to availability